After a decade of radical growth since 2009 innovation and technological progress, the U.S. hotel industry’s growth is finally showing signs of a slow down.

“The first quarter of the year came in worse than forecasted on the ADR side, and while the indicators point to better performance the remainder of this year we lowered our RevPAR projection 30 basis points mostly as a result of Q1 performance,”

Researchers at CBRE established that fluctuations in certain components of the US economy, directly related to hospitality, are signaling disappointing trends for U.S. lodging market performance. The research firm has since revised its forecasts for the lodging industry’s APR since the mid of 2019.

CBRE’s forecasts estimate an average growth of 1.9% during the last six months of 2019, almost half of what was recorded in the first six months of the year. Similarly, STR & Tourism Economics has also downgraded US hotel RevPAR to less than 1% in their final forecast for the US hospitality industry.

The STR research concluded that 14 of the top 25 hospitality markets will experience a decrease in RevPAR during 2019. STR forecasts that Seattle, Washington, and New York will feel the steepest declines by the end of the year.

There is though good news for Atlanta, Denver, Phoenix, and San Francisco & San Mateo regions, the STR report comments. These four are projected to experience growth in RevPAR up to 3%.

Luxury hotel chains, the STR predicts, will experience the highest ADR growth in 2019 at 1.9% approx. Independent hotels during this period are projected to see a rise in RevPAR by almost 1.8%.

Supply completely outpaced demand in 2019 for the hospitality sector. A chunk of the new 105,000 rooms added during 2019 are in 17 of the major regions of the US. Mark Woodworth at CBRE Hotels Research established in a statement that:

“Given the cyclical nature of the lodging industry, it is expected that hotel owners will realize a bit of a slowdown after 10 consecutive years of occupancy expansion,

This phenomenal increase in the number of rooms and assets is now outweighing the demand for hoteling & lodging. While supply grew by 1.9%, the overall demand growth since 2018 disappointed with only a 1.1% increase.

US lodging growth will suffer over the next three years, CBRE research predicts. By 2021, the report projects a supply decline to 1.8%, whereas demand growth will plummet to 0.1%. By 2022/2023, there is great news with a significant increase in demand growth estimated to be around 2.7%. 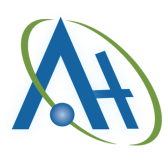