La Quinta Hotels & Resorts registered a steady fourth quarter in 2018 after Wyndham Worldwide completed the acquisition of the brand. As the world’s largest franchisor of hotels & resorts, Wyndham unveiled eight new properties in the USA.

The La Quinta hotel new builds are inspired by the group’s guest inspired Del-Sol prototype concept. Del-Sol is a synergy of clean geometric lines, deep colors, and varying textures that reflect the ‘iconic’ elements of the brand. Currently, there are 43 Del-Sol hotels already open for guests while another 35 are currently in process.

“La Quinta’s historically solid reputation and Wyndham’s broad scale and consumer affinity have played significant roles in the brand’s evolution since joining the Wyndham family,” “The continued onslaught of new openings and new deals demonstrates the ongoing fervent demand for this brand among owners and travelers.”

At the end of 2018, Wyndham committed to 14 franchise agreements with La Quinta. Wyndham considers new hotel builds as a driving force behind the growth of their newly acquired franchise. Wyndham’s strategy was to expand its reach across the USA with high-quality hotels that had a stable portfolio. 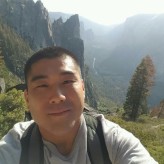